“Talent wins games, but teamwork and intelligence win the championships”.

THE TEAM IS LIKE AN ORCHESTRA PLAYING IN UNISON. IT IS NOT COMPOSED OF SOLOISTS, BUT OF DIFFERENT TALENTS WHO TRAIN EVERY DAY TO CREATE THEIR MASTERPIECE, IN HARMONY WITH THAT OF OTHERS. THE RESULT IS A WONDERFUL CONCERT IN WHICH SPECTATORS AND MUSICIANS ENJOY THE SAME WORK.

Our team consists of young people who receive on-the-job training. The 60% of our people is less than 30-year-old.

Our staff is constantly involved in our projects and we always stimulate it to improve.

The well-being of our people is particularly important to us: this is why we have equipped our production area with a system of air conditioning, filtration and dehumidification of the air, thanks to which our team breathes clean air. In 2019 we moved our headquarters of 500 square meters to a new building of 1500 square meters, very bright, with more services and visibility.

We invest in human resources providing technical refresher courses and English sessions. We take care of our employees’ health and growth in a family and friendly environment that also offers socializing and entertainment.

We are implementing customized welfare plans, which provide benefits based on meritocratic criteria and business performance. 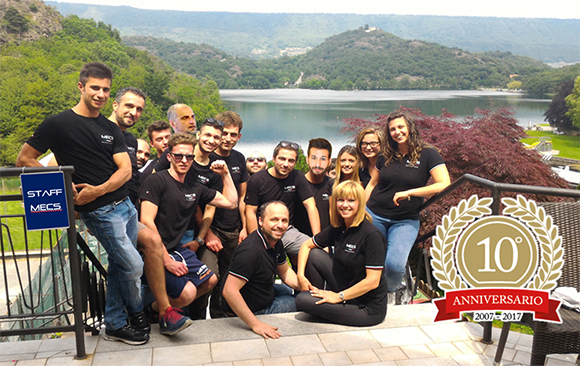 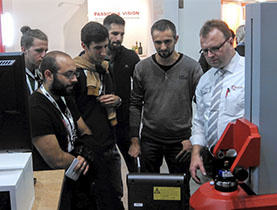 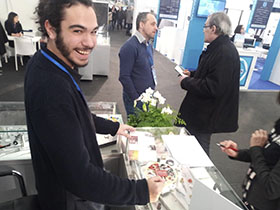 We usually visit fairs and take part in open house events; we involve our staff in visiting cultural events in order to transmit new generations the importance of our industrial past and make them aware of the legacy that Olivetti left us.

The owners are the founder, Alessandro Suman, and his wife, Rossella Paccapelo. 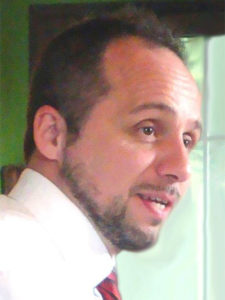 Founder and CEO
Alessandro Suman was born in Ivrea on 14th September 1974. When he was young, he had to leave ITIS technical school in Ivrea along with his dream of becoming an engineer. He lost a lot of opportunities in order to solve several family problems. He worked as a tiler and labourer for some years, then he attended the military service and spent a couple of years abroad as a professional soldier. In 1996 he started working for ABCI srl, where he was assigned to metal sheet bending. However, he left the job after six months and was recruited by FERLE srl, a company operating in the production of pieces for jewellery machinery. Here he started from scratch again and worked as an unskilled worker at first, asking then to learn turning and milling. Being a serious and accurate worker, he soon acquired experience in the sector of precision mechanics standing out for his ability and care.
In 2002 he resigned and after a brief time working as a department worker, he became assistant supervisor for the grinding dep at FASTI SpA, manufacturer of jewellery machines, as well.
Seeing the opportunity of realizing his childhood dream of an own business, Alessandro resigned a few months later and became responsible for the technical area of a new automatic turning firm. However, for personal reason the owner closed the business three years later.
His father suddenly died in 2005 and a week later he accepted a job as assistant supervisor for the internal works at CTS Electronics SpA in Ivrea (now Arca SpA). In this company, which operated in the bank sector producing mechanical pieces for cash processing machines, he worked as it would be his own, deserving his colleagues and managers’ respect and recognition.
In 2007 he resigned to make his dreams come true. He bought the lathe, which he had worked at, and gave life to the sole proprietorship called MECS. Coherent, loyal, resolute, optimistic and constantly in search for new challenges, he changed his life getting his great opportunity as a reward. Alessandro Suman would like to pass down an important message: even if you start from scratch and you have a lot of difficulties, you can get great satisfaction and achieve important results. For this reason, together with his wife, he has promoted important development projects for his local area. He became councillor of the GAM (Gruppo Aziende Metalmeccaniche), the engineering companies group by Confindustria Canavese in 2017, and was involved in the national project called EUREKA! FUNZIONA! for the primary school. Education has always been an important topic to him and so he started collaborating with technical and professional schools. In particular, he is teaching in a post-secondary school IFTS mechanics course giving theoretical classes along with dual training learning and working at his plant. 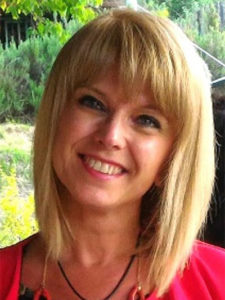 Owner and CEO
She was born on 26th May 1967 in Ivrea. After the high school (scientific studies), she got a degree as an analyst and programmer (CAD course) at the old school for information technologies “C. Ghiglieno”. During the last period, when writing her final paper, she created some posters for the dental surgery COP of Ivrea, where you can still see them. A month later, she won a scholarship as a “technical teacher” for the same school. However, she accepted a job for Olivetti in Ivrea and started working at the documentary research management as a designer for CAD handbooks (1988).
Little time later, she moved to the promotional documentary research, where she supervised the whole process, from the project to the printing works. She also created business presentations, an editorial standard and an online catalogue for Olivetti’s products that she personally launched at the SMAU.
In 1994 she began working for Vodafone Italy (the old Omnitel Pronto Italia). One more time, she defined a business graphic standard and created presentations for the CEO. A year and a half later, she was recruited by the Radio Frequencies Engineering Dep, where she produced radio coverage maps and calculated the related statistical researches. She specialized in collecting documents for tender notices, in the updating of radio-electrical databases and supervised her branch activities. She suggested the optimization of processes and the realization of a company website to consult the coverage.
In 2007, she contributed to the start-up of MECS, her husband’s sole proprietorship. In 2015, she became legal representative of the company even if she decided to maintain her job for Vodafone, too. In 2017, she left Vodafone and, after having established the start-up called General Design srl with his husband and other two partners, she began working exclusively as an entrepreneur and on projects aiming at the development of her local area.
Since there are few technicians in the field of mechanics and we need specific information and training, she has started suggesting local managers and institutions awareness-raising initiatives whose goal is showing how fast the sector of mechanics has been growing in this decade. She coordinates a project by Developing Plan for Canavese promoting career guidance initiatives in the local area. The goal is developing a relationship between the school and the industrial world.

Founder company of the network